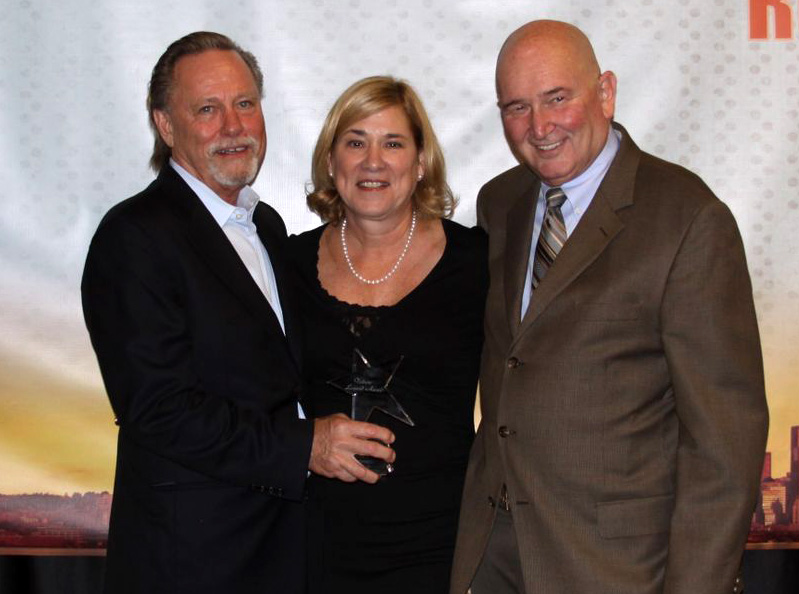 A legend is an old man with a cane known
for what he used to do. I’m still doing it.

On Thursday, November 1, 2012 Bruce Woodstrom, co-founder of Fusionhappens, LLC was inducted, in front of a large crowd of his peers at Bellevue’s Meydenbauer Center, as a “Legend” by the members of The New Home Council.

Bruce is pretty used to award ceremonies.  He’s also pretty used to winning. Winning is one of the things Fusion is known for. But this evening, Bruce was caught off guard and quite visibly moved by the recognition.  So were his partners and team members at Fusion.

Bruce is the fourth Tribute Legend, joining the august company of Suzanne Britsch, Jolyn Davis and Bill Hurme.  Legend winners, Jolyn Davis and Bill Hurme, presented the award and leading up to the announcement Bill made a point of noting how, since the 1960s, Bruce has been the guy who “shows up”.  When help is needed Bruce shows up.  When leadership is needed, Bruce shows up.  When a good “talking to” is needed, Bruce shows up.  Bruce has been steadfast leader and supporter of the New Home industry, in the Northwest and around the county.

We, his co-workers, are as proud of Bruce and this new recognition as are the rest of his peers in the industry.

Next year a new legend will be added to this elite list.  Now is a good time to be thinking about who in our industry deserves special recognition for a career of selfless service.  Then make sure someone knows about it!

There used to be a time when the idea of heroes was important.
People grew up sharing those myths and legends and ideals.
Now they grow up sharing McDonalds and Disneyland.
(New York, 1989)