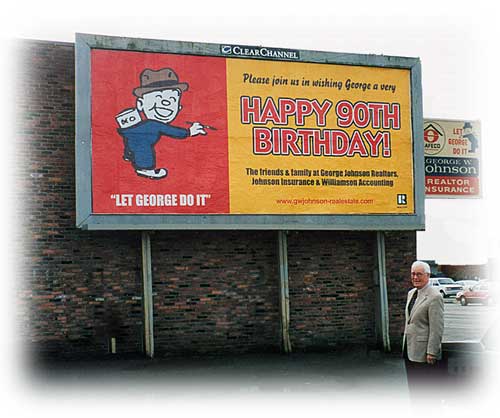 The real estate marketing world is changing at a fiber-optic space. The newest uses of technology invented yesterday are spreading like a viral video of Susan Boyle.

New business models are being designed around Twitter, which itself is only a little over two years old. (I blogged earlier this week on “what” Twitter is.)  Ponder for a moment these life questions: Are you ready to change everything?  Are you mentally and emotionally agile enough to plunge into the Internet age with wild abandon?

If you’re in your 40s, 50s or 60s do you sometimes question your place in the Internet era of marketing and selling new homes?

To find the answer we had to find America’s oldest realtor.

Our Internet maven, Carleigh, lives in a charming Seattle neighborhood called Ballard.  It’s known for its roots in lumber and fishing, both industries attracting a hardy Scandinavian stock from the Old Country, particularly Sweden, Norway and Finland.  I grew up there in the 50s and 60s when a Volvo was known as a Swedish Cadillac.  Our high school yearbook listed many Erics, Ingas, Svens and Torvolds.

It just happened that Carleigh spotted a local Ballard blog article and television feature about George Johnson, 96 years old, and still going strong.  George has been selling homes since 1937 and still shows up at his Ballard office, dapper as ever in a suit and tie. He lays claim to being America’s Oldest Realtor.  Who’s to argue?

George Johnson has a website and an email address.  I do believe therein lies the answer.  It’s not chronological age, it’s mental age and an understanding of the principles of real estate and people — principles that transcend technology.  People want the honest truth.  So if the Internet helps you provide the facts faster and more completely, embrace the technology.  People want prompt, polite, caring human interaction.  If email, instant messaging and text messages make you a better communicator, claim it!  Can a Tweet from you on Twitter about a new listing, or open house reach your following of several hundred local agents — then become a Twit!

I encourage you to read the My Ballard blog article about George, and watch the KING TV interview.  George is a cool guy and an inspiration to all of us!